2018 Volkswagen Atlas: When Volkswagen Goes Big, This is What You Get

Volkswagen vehicles are known for their refined design and interior as well as their dynamic German-engineered handling and performance. That’s what allows each model to stand out in its respective segment. This DNA translates to every model, including the brand new 2018 Volkswagen Atlas.

The Volkswagen Atlas was born as the CrossBlue concept back in 2013, and the production version made its debut at the 2016 Los Angeles Auto Show. Essentially, the new Atlas fits between the entry-level Tiguan and the more upscale Touareg, although it is by far the most spacious SUV in the Volkswagen family.

It can fit up to seven passengers with three rows of seats, and owners also have the option to lower the rear seats and/or the middle row for added cargo capacity. Regardless of how you position the rear seats, however, owners will get a ton of interior space inside the Atlas.
Four versions are offered in total starting with the Trendline model, which starts at $35,690. The latter features a wide range of standard equipment including Android Auto, Apple CarPlay, multi-collision automatic braking, and a rearview camera.

Two Engines Power the 2018 Volkswagen Atlas
There are two engines available in the 2018 Volkswagen Atlas. The first is a 2.0-litre, four-cylinder engine that delivers 235 horsepower and is available with the two entry-level versions, Trendline and Comfortline. The second option is a 3.6-litre V6 engine that delivers 276 horsepower.

While the 3.6-litre engine is for those who want more power and capability, the four-cylinder will appeal to buyers who want balance. The 2.0-litre engine is not only powerful, it also has an average fuel economy rating of just 10.6 litres per 100 kilometres in the city and 8.0 litres per 100 kilometres on the highway. 4Motion all-wheel drive is available with most versions.

To learn more about the brand new 2018 Volkswagen Atlas, contact us today at Orangeville Volkswagen!

0 comment(s) so far on 2018 Volkswagen Atlas: When Volkswagen Goes Big, This is What You Get 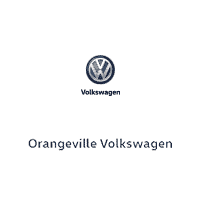